HYDROGEN FUEL OF THE FUTURE

In the summer of 2020, the European Union announced a new strategy to develop new technologies and promote the use of hydrogen in the energy sector on a large scale. In recent years, many companies have begun to turn in this direction.

Currently, natural gas is treated as an interim fuel on the way to Europe’s achievement of climate neutrality in 2050, while hydrogen – the fuel of the future – will play one of the main roles in the energy transition.

Hydrogen’s big advantage is its zero-emissions, and in addition, its ability to produce hydrogen through electrolysis puts it as a front-runner to be the best store of energy produced by RES power plants. Thanks to systems such as Power-to-Gas (PtG, P2G), in which electricity is converted into chemical energy, we get so-called green hydrogen. At the time of peak energy demand using our CHP generators, we are able to combust the stored hydrogen, recovering the surplus energy produced by the RES power plants.

This is why many companies in Poland and around the world are increasingly talking about switching to this type of fuel, however Horus-Energia is one of the few that can proudly say we have put our knowledge into practice. For several years, our company has been working on the optimal approach to the use of hydrogen in distributed energy generation. A couple of years ago, we participated in a research project on the use of hydrogen generated during the production of nitrogen fertilizers for energy purposes. As part of the project at the time, we delivered three specially modified generating sets, powered by post-process hydrogen gas with a hydrogen content between 85% and 95% treated until then as problematic waste.

The solution we used was based on our company’s experience and the innovative solution of the gas management mixer. In addition, the high actual availability, which deviates by about 1% from the theoretical availability, confirms the high reliability of the developed solution allowing the entire unit to operate almost all year round.

The solutions we have developed is dedicated to fuels containing hydrogen. This solution is based on the use of a mixing system (for hydrogen content below 50%) or an injection system (for hydrogen content above 50%). The fuel dosage itself, as well as the appropriate management of engine operation, is controlled by a unique control system that continuously monitors many parameters of engine operation. Its task is to immediately correct anomalies in the combustion process, such as knocking combustion or mixture ignition problems. This allows the engine to work optimally regardless of the current fuel composition.

Our hard work put into the preparation of a hydrogen-powered cogeneration unit was already recognized in 2013 at POLEKO conference, where we received an award for an innovative environmentally friendly solution. Certainly, hydrogen will become increasingly important in the coming years, and the market will increasingly look for opportunities to use green hydrogen in the power industry. 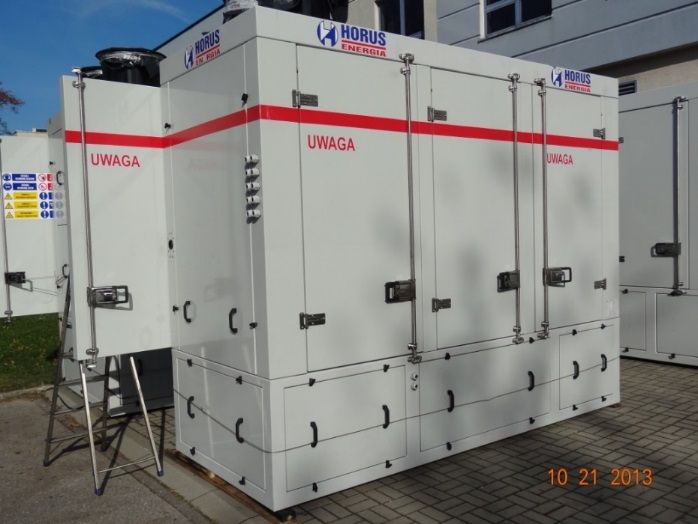 Testing of hydrogen units prior to delivery. 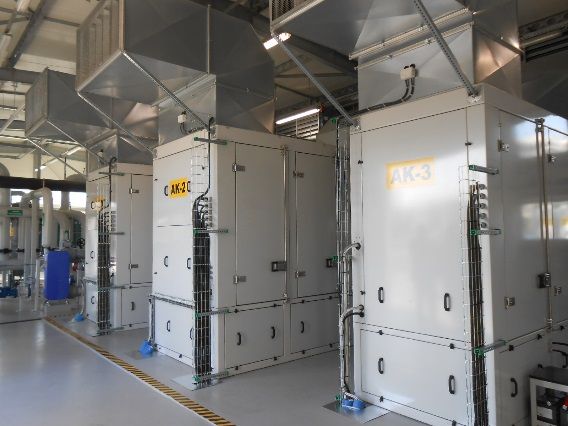 Since 2014, three MAN engines equipped with the HE-MUZG system and a gas injection system have been running on post-production gas from the AZOTY Group SA industrial plant to generate the electricity required for the plant’s operation. The hydrogen content varies from 85% to 95%, the operation of the generating sets is stable.